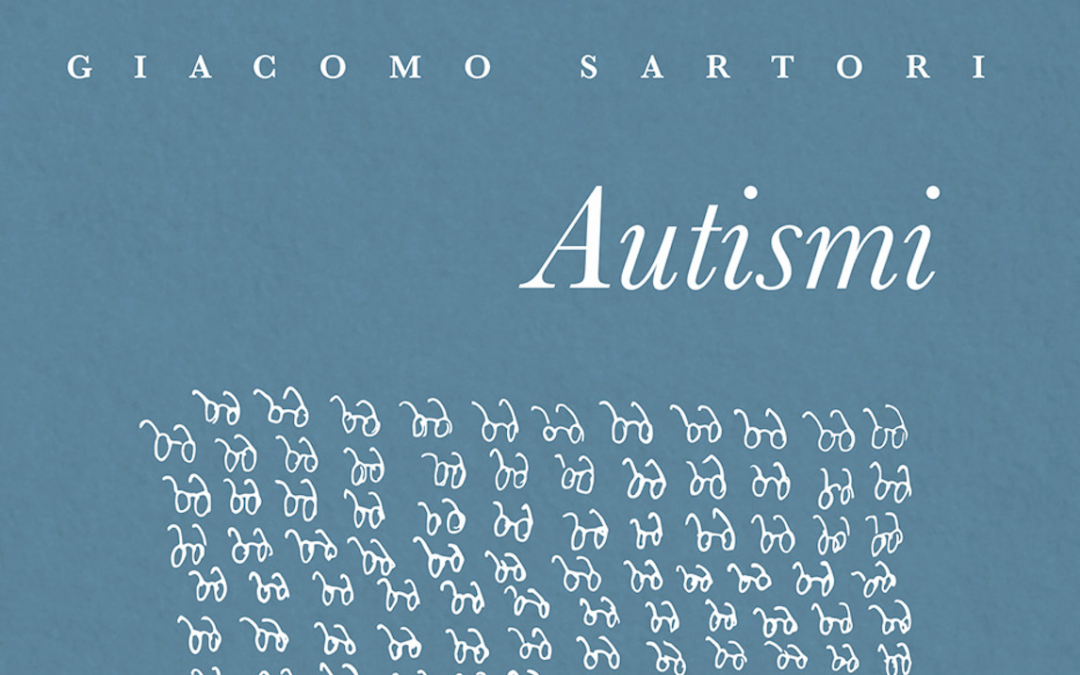 Autismi, just published in an elegant new edition by Miraggi, is one of Giacomo Sartori’s most original and successful novelistic experiments. In sixteen distinct but interwoven episodes (or recitativi d’autore-chants d’auteur as the publisher defines them), the unnamed narrator paints a tragicomic portrait of an awkward, marginal man, a creature frequently at odds with his late capitalist world, perpetually puzzled by the rules of the game that govern family, work and society. The narrative voice is painfully candid and naively poetic. Apparently unstudied, it can bring to mind Samuel Beckett’s savage absurdity or the monstrous hilarity of a Kafka.

The volume opens with perhaps the most perfect of these episodes, the brief, haunting Il mio lavoro, (My job) about a strange profession that in fact is pretty much the author’s own: Sartori trained as an agronomist and soil specialist (a surprisingly lively scientific topic these days). “My job consists of digging holes in the ground. Large deep holes a person can easily get into. And in fact I do get in. Inter myself, you might say. But unlike a genuine interment, there is no one to shovel soil between myself and the pit. Unlike a real burial, I can move my arms, breathe at will, come out when I’m done. I can see a rectangle of sky, I can speak, I can howl out my joy, always supposing I have a surplus of joy. Mine is a temporary, reversible interment. When I’m done, I come out and go home.” And the book closes with a rant on end-of-life instructions, Il mio testamento biologico (My health proxy): “If, despite the above dispassionate suggestions of mine, you are unable to wake me, then terminate me. Joyously, as you would lift a carrot from the earth, already thinking about the taste in your mouth. Do it knowing you have my full support. Tell yourself I would  do exactly the same in your place.”

Death is a guest here, invited or not, whether in the sarcastic Il mio primo infarto (My first heart attack) or in the masterful Mio suocero (My father-in-law), a stark portrait of the man, only briefly met and now already laid out in his bedroom for the wake, observed in part through the friends and acquaintances who have come to pay respects, in part through the disenchanted eyes of one of his non-conformist sisters. Épater le bourgeois is the order of things: the naughty vicissitudes of Il mio organo di riproduzione (My reproductive organ; a fiercely independent member, always getting into trouble) come right before the angry, chastening tale of Mia sorella (My sister), a woman whose conformist tendencies are enforced by her upper crust husband, dispenser of an appalling conservatism. But, says the narrator, he’s often told there’s a family resemblance. “At times even my wife accuses me of being the double of my sister, only a more easy-going version, more democratic if you will.”

In l pesci pescati (The fish fished), a boy finds a community of strangers, who like him, enjoy fishing. “I liked waiting for a fish to bite, just as even today I like waiting for something to happen. Certainly this pleasure is by no means real enjoyment, and even less celebration; rather it has to do with privation, and perhaps even with suffering.”

Among the most savage sketches are two devoted to the publishing industry, Il mio attuale editore and Il mio primo editore: mocking portraits of two figures, one from a major publishing firm, one from a small house, who are tremendously bourgeois and much wealthier than their writers will ever be, successful men who like the sound of their own voices and are evidently annoyed and embarrassed by this hapless author. Fascinated by the trophy-like “chair upholstered in famous writer skin” that decorates his publisher’s office, our hero is appalled, impatient and at the same time eager to please. Here and elsewhere, Sartori achieves a quiet, subversive pathos that always comes as a surprise.

Some of this material overlaps with that of another, earlier novel, Anatomy of the Battle, of 2005, composed of brief bursts of non-chronological narrative each one paragraph long. The account, of a boy growing up in a Trentino family led by an unrepentant fascist father, moves back and forth in time and mood with ease, culminating in a reflection on the cult of heroism and political violence in both Fascism and the extraparliamentary left of the 1970s. Although he doesn’t write conventional political novels, Sartori measures the worlds he describes politically, sometimes in historical terms (when he confesses the sins of the Fascist males in his line, or describes the extremist pied noir father-in-law of Mio suocero, mentioned above). And sometimes in class terms (Anatomy’s painful depiction of a snobby, bourgeois, would-be aristocrat mother, once much loved, of whom traces are found in Autismi too). In other novels (Tritolo (TNT), Rogo (At the stake), Cielo Nero (Blackshirt heavens) readers are led inside the uneasy consciences of a Sud Tyrol bomber, three female infanticides, and a Nazi woman spy in love with Fascist Count Galeazzo Ciano.

None of ten books of fiction and poetry that Sartori has published to date is as well-known as it ought to be. His prose is eccentric and his writing has few of those qualities traditionally considered literary; they are stories without the self-conscious intellectual thread running through them that characterizes a sizeable part of what passes as “Italian literature” today. In Autismi, instead, we find no thoughtful premises, no meta-observations and no hint of a thinking author or any figure voicing superior authorial insights. The deep autobiographical vein to Autismi and the first-person voice-intimate, colloquial but never flat, at times baroque-are at quite at odds with mainstream, realist Italian fiction today.

Sartori, a native of Trentino, has made his home in Paris for many years, and permanence in France has shaped his style in more ways than one. Autofiction had its origins there, and the novel has evolved into shapes still mostly unfamiliar in Italy. In France, it’s easier to recognize what Sartori’s up to. There’s a comic vein running through everything he writes, although he is not a comic writer, nor does he deal in autobiography per se, although he draws deeply on the political and social elements of his family and his class-mixed, both bourgeois and renegade, abrasive fascist. An epigraph from Marguerite Duras points to the method: “One writes what one doesn’t know of oneself, of one’s mind and one’s body. This is not a reflective act but a sort of faculty that exists to one side, parallel to one’s person. Another individual that appears and comes forward, invisibly.”

Alas, neither humor or autobiography is very highly considered in Italian literary criticism. One could go further and say that humor is usually suspect, considered cheap and often found disturbing.

But as the exhilarating Il mio lavoro suggests, Sartori is one of those odd birds who comes to writing novels from a foreign country:  a background in science. Scientific and technical matters worm their way into his fiction, and his prose is marked by a scientific habit of preferring the concrete and the measurable. His standards of invention and knowledge are not quite those of the artist. In an interview with an American literary journal he said this:

“Even the humblest researcher knows the thrill of grappling with problems still in process, of entering untrodden territory. And such work tends to be undertaken with humility, from an awareness of one’s own limitations, and of the limits of one’s own knowledge. You always need others, since even Einstein wouldn’t have become Einstein without the help of other highly skilled mathematicians. And you never forget that your own discoveries will quickly be surpassed.”